As a parent or caregiver, your natural instinct is to comfort a crying baby. Suspect teething as the problem if your baby is 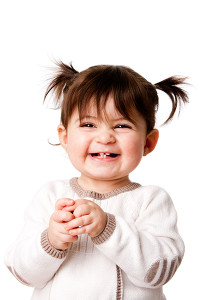 Somewhere between 24-36 months of age, your child will have all 20 baby teeth in roughly the same time frame as you, the parents, had them appear (thanks to genetics). You will then need to discover other reasons for why your toddler is crying.

In the meantime, ease those sore gums with

Do NOT give your child aspirin because of the danger of developing Reye’s syndrome.